Do you have any flowers in your garden with flattened, elongated shoots and heads which consist of many stems fused together?

Is Fasciation What You’re Dealing With?

Fasciation in plants is a rare natural phenomenon which depending on the species can be either unsightly or attractive. In some cases, it can result in huge and distorted stems and flowers, while in others the mutation can be quite subtle.

Yet, whichever the case, discovering fasciations in a plant is always very intriguing. It’s certainly an interesting point when debating the positive effects of gardening on the mind and body. So if you’re fascinated and want to learn more about this rare deformation in flowers, keep on reading.

But, What Is Fasciation? 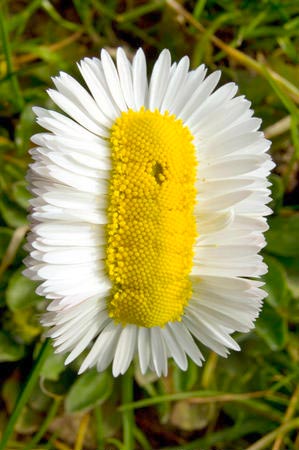 As a noun, the word fasciation literally means “the act of binding up or bandaging”. This definition perfectly describes a fasciated flower’s appearance.

“Plants most commonly affected by fasciation are delphiniums, forsythia, foxgloves, lilies, primulas, euphorbias and veronicastrum”, comments landscape & gardening professional Pol Bishop. “Although fasciation is unpredictable and seldom recurs the following year, there are plants such as Forsythia and Veronicastrum virginicum which can suffer repeat occurrences. This indicates that the problem could stem from genetics”, adds the expert.

Whilst it’s an extremely rare condition for plants to have, fasciation has been recorded in over 100 different species across the world. And probably affects many more which just haven’t been found out yet. Due to their rarity and visual enhancements, some fasciated plants are propagated to preserve their unusual forms.

Ferns with fasciated tips, with names like ‘monstrosa’ and ‘cristata’ for example, are highly collectable plants. Also, the fasciated willow, Salix Udensis “Sekka” is often propagated from cuttings and used as part of exotic flower arrangements.

There is no one single cause for fasciation as some people tend to believe. Instead, there are a variety of factors that can cause a plant to become fasciated. 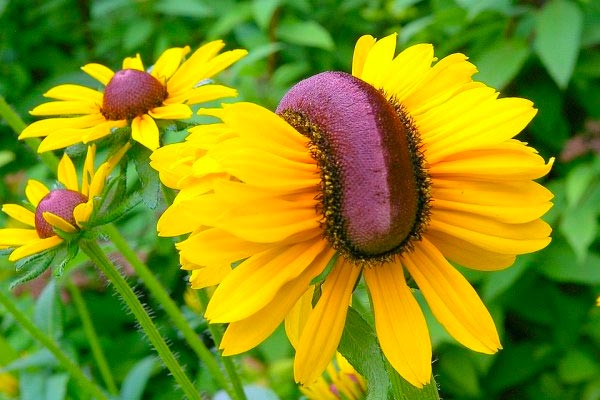 So, even if one of your plants has it, there’s no reason to panic that the rest will catch it as well. If you find fasciation in plants unsightly, you can always throw the mutated plant into your compost bin.

However, if it’s the opposite and fasciation fascinates you, you can always save the seeds from the fasciated plant and try to grow more similar plants for free next year.

Is Fasciation in Plants Treatable?

This may dishearten those who have plants with fasciation, but sadly, at present, there is no way to treat it. No matter how early you spot it, the damage will already be done. You may be able to cut or prune the fasciated parts (here are some very nice secateurs to choose from) while still leaving the plant intact, however, you cannot ‘cure’ it as such.

It should be noted that just because a plant has fasciation, it doesn’t mean it will still be affected after it dies and comes back the following year. In many cases, plants are 100% fine after a year and show no sign of being fasciated(especially perennial ones).

Do bear in mind, though, that if the cause is genetic, there is a strong chance of reoccurrence.

With that said, you will probably be glad to hear that you can prevent additional fasciation to a certain extent. To do this, you’ll need to protect the base of the plants from injury. To further prevent bacteria from spreading it’s best to keep the base as dry as possible. Pruning areas that are already fasciated can also reduce bacteria from spreading to the rest of the plant.

But, before you decide to put the plant out of its misery once and for all, take a step back and reflect. Is it ugly? Or is it just different to what you’re used to?

Many cases of fasciation are desirable and can be interesting to look at and talk about. Those include fasciated saguaro cactus, Japanese cedar and beefsteak tomatoes to name a few. So, consider giving it a second chance before you act hastily – at the end of the day, beauty is in the eye of the beholder.