Click at the star to rate this articleThis article has been given a 4.2 rating based on 4 ratings

When the spring time rolls around, you may notice that some of your plants, especially evergreens, have partially changed colour. This new colour takes the form of a browny-red leaves, almost rusty appearance. It can actually look like your plants have been burned or singed in a freak fire of some sort, but that’s not the case at all. The cause of this is a phenomenon known as winter burn.

So, I noticed the problem towards the end of February this year on a little evergreen in the garden. It was and still is extremely small, not even 5ft yet – it’s smaller than me!  The top half of it appeared to be a strange shade of orange which contrasted the green bottom quite violently. Now I should confess that I was pretty inattentive over the winter break; large amounts of snow and some personal problems meant the garden didn’t get the attention it deserved. This probably didn’t help things. 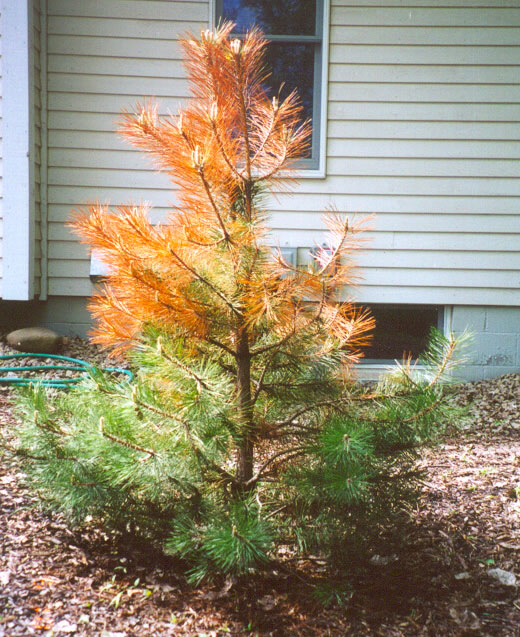 I’ll be the first to admit that up until this actually happened, I had never even heard of this; so it wouldn’t surprise me in the slightest if there are other keen gardeners out there who are also in the dark about this problem. In fact, before jumping online to find out what the problem was, I actually asked a couple of friends who were equally bewildered. So, as you do when faced with a problem you have no clue about, you head on over to the mighty Google and type in some stuff related to your symptoms.

I typed in a whole host of things “orange brown evergreen”, “evergreen needles change colour”, “burnt looking evergreen” and countless amounts of other combinations that fit my problem. After a while, I started putting together bits and pieces from various articles I was trawling through.  Eventually I came to the conclusion from a variety of sources that it was in fact the result of ‘winter burn’. Which led me to further questions; what even is that? Why did it happen? How can I remedy it? Can it be prevented?

Well, as the winter season will soon be upon us, I thought I’d give you all a rundown of what I learnt in regards to winter burn and how you can avoid it happening to your gorgeous plants.

What Is Winter Burn?

Well, as I’ve tried my best to describe; winter burn displays itself through the use of colours. Orange, reds and browns are the most common, on evergreens at least, but it should hold true to other plants as well. You’ll also notice that the foliage (or needles) appears to be dry when compared to healthy sections of the rest of the plant. There’s no set part of the plant that will be affected. On mine it was the top half; but it seems to be dependent upon where the sun hits the plant as this has an additional effect of speeding up the problem, which will be explained further in a minute.

You may also notice that new growth dies, and so forth with smaller plants where buds will simply fall off. Whilst this isn’t as common, plants have been planted during the autumn or too late in the calendar are more susceptible to winter burn. If plants are unhealthy to begin with or present symptoms of high stress levels, these will also be more vulnerable in the colder months. 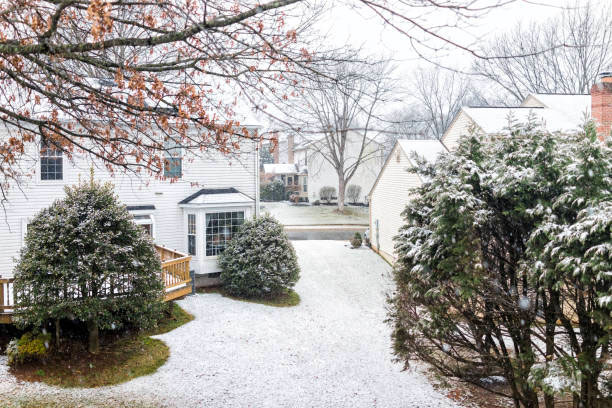 The cause of winter burn is actually due to dehydration. Plants obviously need water to keep hydrated and healthy; but when they’re unable to access water they become starved, and this can lead to several problems – one of which is the aforementioned winter burn.

I’ll attempt to delve into this problem in a bit more detail, just so you can get an idea of how it occurs which will give you a better understanding of how to prevent (also covered later). As plants photosynthesise, one of the by-products is water; this is known as transpiration. The water/moisture which has been created then needs to evaporate and this usually occurs through the leaves or needles. This is why sunlight and strong dry winds in winter can speed up this problem and intensify the damage as they increase the rate of evaporation.

Now the problem really begins after the water evaporates, because the plant will then seek out more water to replace that which has evaporated. If there’s been a lack of rain or if the ground has frozen solid, there have little chance of recuperating that water which leads to dehydration. This often results in the loss of ‘foliar’ colour and leaves. However, in some extreme cases, winter burn has been known to kill plants completely – so you need to be aware of this problem.

Now, everything I read suggests this occurs far more often in North America where winter periods can be much harsher. But after experiencing it myself, I can safely say that the UK can also create these conditions, especially through prolonged periods that are dry and cold. 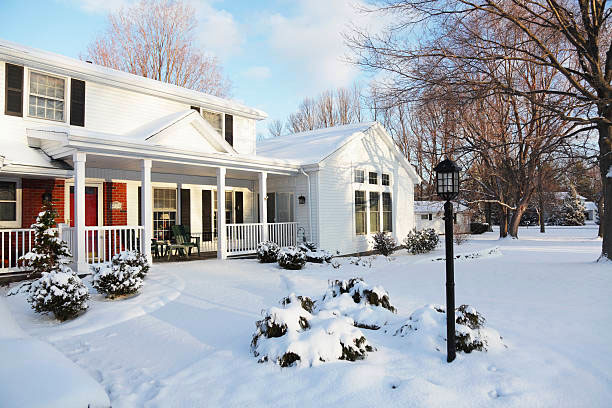 Can Winter Burn Be Treated?

Well, it can and it can’t. I know, that’s pretty vague, but I’ll expand on it below.

Many of the plants won’t that incur some form of winter burn won’t be extensively damaged, but some can take a while to get back to their former state of health. Obviously, you’ll want to feed them properly and water them well, as you would any plant – but pay special attention to those that are damaged.

When new growth starts, you can begin to remove to trim and remove areas that are dead. You’ll also want to add a bit of mulching at the plant base; this will help to retain moisture levels, which is a necessity in plants that have been dehydrated.

However, before starting any of these treatment methods, you may want to give the plant a little while to fend for itself as this will help you dictate if the winter burn damage is permanent or not. Now if it remains the same, it’s wise to dispose of it completely before other diseases set in and insects become attracted to it. On the other hand, some gardeners reckon if you prune back the dead areas and care for it a bit more, it will always recover, but the consensus is varied.

Personally, I left mine for a couple of weeks (whilst I researched what to do) then I gave it a bit of TLC and slowly got rid of the dying areas and after a few months it looked healthier. But it’s still on the road to full recovery!

The good news is that you can take several steps to prevent this annoying problem. First off, you’ll want to avoid planting anything during autumn, from October onwards, just don’t waste your time. Especially when it comes to evergreens as they just don’t have the time to fully develop their roots. This increases the chance of winter burn tremendously. 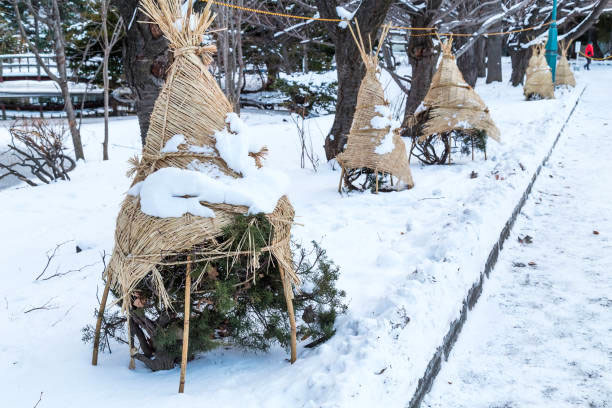 It’s also wise to position and plant in areas that aren’t exposed to harsh winds. If you don’t have the luxury of this, you may want to invest in fortifying some type of wind protection. Some sort of burlap wrap will provide enough of a windbreak whilst also protecting it from the winter sun – both of which will reduce the chance of the plant dehydrating. Don’t forget to water the plants when the soil isn’t frozen, especially in dry spells as this will help the plant stay hydrated and further reduce the chance of any damage occurring due to dehydration.

I should note that I’ve read about some sprays that reduce the amount of transpiration over winter, but it doesn’t appear that many people have had success with this type of prevention. So buy and use at your own risk!

If you’ve skim read this (which I don’t blame you for in the slightest) just remember the following:

It’s also worth noting that certain plants are more resilient to winter burn. Things such as Sitka Spruce are considerably less prone to the problem; but be warned, these things grow BIG!

Hopefully this as helped you out in identifying the problem of winter burn and how to prevent it. If there’s anything else you’d like to add in regards to prevention, treatment or even just your own pictures; drop us a comment below! 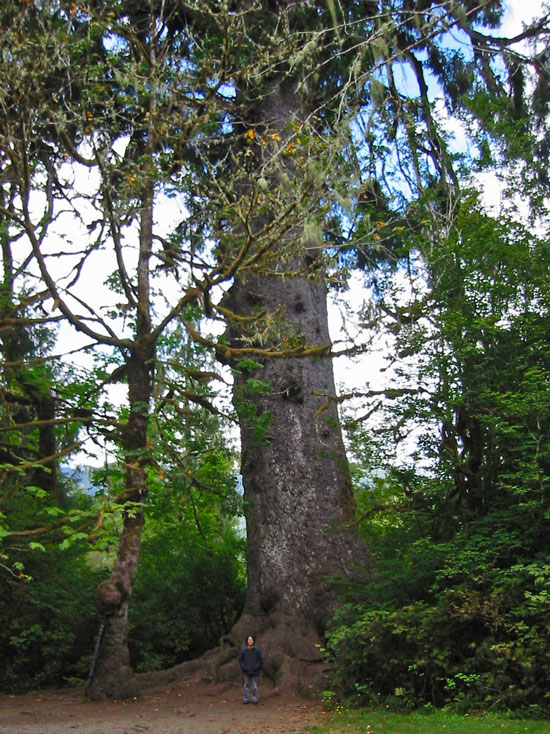