Everybody has heard the term ‘woodworm’ but not so many actually know what that term actually refers to. Likewise, most of us are in the dark when it comes to how to spot woodworm, how to treat woodworm, and how to prevent it in the first place. We have sought to rectify this, and try to spread a bit of knowledge on the subject with this very article. So, read on below as we try to educate you about treating woodworm. 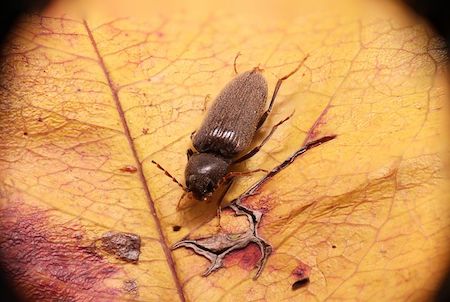 What is a woodworm?

There are several species of beetle that like to bore into wood and then lay their eggs there. The larva that is born from these eggs is what is referred to as ‘woodworm’. It is actually very rare to see any of these larvae as they prefer to stay buried in the wood until they grow into beetles. This process, from larvae, to pupa, and then beetle, can take several years, and all the time the larvae are feeding on the wood and causing damage to the structure of it.

How do you know that you have a woodworm problem?

Even though spotting the larvae themselves is very difficult, there are signs that you can look out for that could let you know if you have a problem with woodworm. The main one, and the easiest to spot, are small exit holes in the wood. These are caused when beetles are fully grown and have crawled out of the wood, so it actually means that some damage has already been done to the internal part of the wood. 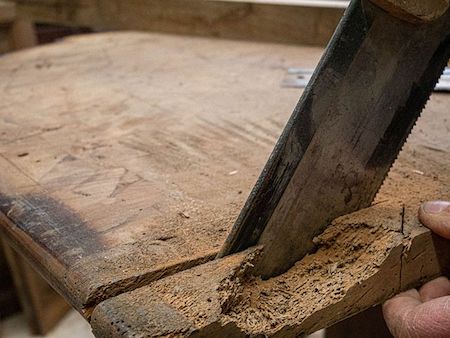 However, some people think that this means that the beetles have moved on and the problem is over, but that is not always so.

Sometimes beetles return to lay fresh eggs in the same piece of wood, inevitably causing more damage. If you notice that there is something that looks like sawdust around the exit holes, it could be a sign that the woodworms are still active. This substance is known as ‘frass’.

Once the woodworm has become beetles, they only live for a very short period of time. They are also attracted to light sources, and this is why it is common to find their dead bodies on windowsills. If you spot these dead beetles, you could have a woodworm infestation.

When woodworm has gone through its maturing process and become a wood boring beetle, it is common the beetle will choose to lay its eggs in the same piece of wood, continuing the cycle of damage. 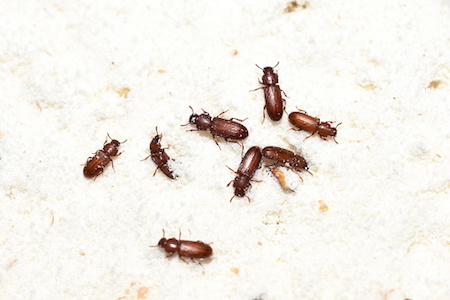 Some beetles will travel to other, nearby pieces of wood though, and so in a sense, woodworm can spread if not dealt with.

How you can prevent woodworm

The majority of woodworm problems in the UK are caused by the common furniture beetle, that prefers hardwoods that have a moisture content of over 28%, but will also feed on softwoods too.  Different species of beetle prefer different types of wood, but most, if not all, prefer wood that is soft to chew, and so damp timber is where you most often find infestations.

With this is mind, the best ways to prevent a woodworm problem is to make sure the house is warm and ventilated to prevent damp setting in, coating your existing wood with varnish for woodwork, and if you think you have a problem in a particular piece of wood, no matter if it is furniture, floor boards, or a roof beam, you should remove it and replace it. When buying new furniture, especially if it is second hand, inspect it for any tell-tale signs of woodworm before bringing it into your home.

If you’re sure that the problem is only isolated to a single piece of furniture or similar, and it is not expensive to replace, simply throwing it away might be the easiest thing to do. You can also buy chemicals (Woodworm Treatment) such as Boron  or Permethrin and spray the affected furniture yourself, but this is only effective for certain kinds of beetle larvae, such as the common furniture beetle.

Other kinds of beetle, such as the Deathwatch beetle, lay their eggs deeper into the wood, and a spray treatment will probably not do the job. For these kinds of infestations, you need either drill into the deeper part of the wood and then apply a gel, or inject the chemical into the exit holes.

It is quite difficult to tell which beetle has caused the problem without actually finding a dead beetle nearby, or capturing one live, so it is in your best interest to get a specialist in to take a look and advise you.

If you are going to use one of the chemicals we mentioned above, I would suggest going with Boron over Permethrin as the former has a much stronger odour. Whichever you use, be sure to wear safety gloves and a good mask, and eye protection would also be a good idea.

The costs of woodworm treatment

Although there are a number of factors that affect the overall cost of treating woodworm, to give you a general idea, a surface treatment of Boron should cost somewhere in the region of 30-40 pounds for every 25 square metres. Permethrin is a little cheaper than this, but it is much more toxic.

To get a specialist in to check your problem and confirm which beetle you are dealing with will cost you somewhere between 100-300 pounds, but is definitely worth doing to avoid carrying out DIY treatments that are ineffective.

To have professionals fully fumigate and eradicate woodworm, you can expect to have to pay between 500 and 1000 pounds, depending on the size of your home and other factors.

If you have had a woodworm infestation, and have either treated the problem yourself, or had a professional in to take care of it, it is important to make regular checks on that area to make sure that the infestation is truly gone. Some larvae can live inside your wood for years without showing any signs on the surface though, so a professional opinion is always recommended.