When I still lived at my dad’s house we had quite a big back garden that bordered the beautiful Bluebell Wood. My mum would spend most of her spare time in the garden every week, especially during the summer months, so it became quite a stunning place brimming with wildlife and a variety of plants and flowers. Unfortunately my mum passed away a few years ago, and following her death we found it quite hard to keep our garden in the same state it had been throughout our time at the house, and it fell into disrepair and became overgrown, it’s particularly a problem for the toddlers, we really need to make it safer for them.

It was quite sad to see such a beautiful garden turned into a place overgrown with weeds; with a mucky pond, a lawn that hadn’t been trimmed in months and a small conifer tree that had been blown over by strong winds. It needed the hedge trimming and it would have been really handy if we had a chain saw too to cut the fallen tree, unfortunately we only had a bow saw so that had to make do but it was arduous to say the least. If you get a chain saw, please read my chain saw safety advice.

My dad spent some money getting the front garden gutted so it would be easier to tend and also rented a shredder, leaving just a lawn to take care of, but the back garden would have to wait. Eventually we managed to get out and tackle it, and while it took a lot of work and doesn’t look anything like my mum used to keep it at least it looks a thousand times better than an overgrown mess that even the birds had started avoiding, we really needed to get the tidying tools out.

Here are the things we learned when we were tackling our overgrown garden.

One Step at a Time

Don’t try to tackle an overgrown garden all at once, as if it’s anything like mine you’ll quickly burn yourself out and give up due to tiredness. It doesn’t all have to be done in one weekend, and with the way the weather is in the UK you’d probably have to pass on a few days anyway. Instead tackle it section by section, setting small goals that are easily achievable and make you feel like you’re getting somewhere. For example, one day you can tell yourself you are going to weed a particular section, while the next you could mow the lawn. 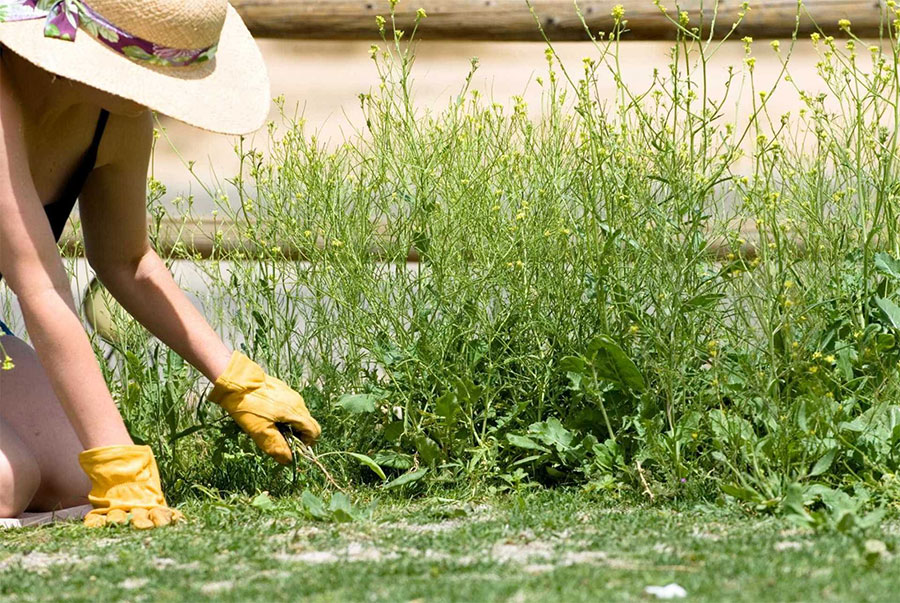 You’re going to have some terribly overgrown bushes, shrubs, trees and other plants that are going to need some good pruning if your garden is going to retain any sense of semblance. Before you get to work tackling this though look for any creepers like ivy or bramble and rip them out with sturdy gardening gloves, then to summarise this step you can go with shrub trimmers or shears and finally more delicate work with your secateurs.

If you can find the source of the creeper, prune it back to a small plant if you’re planning on keeping it, or rip out all the roots if you’d rather be rid of it.

Start pruning once you can tell which plant is which, there’s no point in pruning if you later find out you’ve been cutting the wrong plant apart. Grab your hedge trimmer and get to work, reshaping them so that they actually look presentable and will grow as a shape instead of being a crazy mess. It’s best to start the pruning period in late winter or early spring, as plants won’t try to repair the wound as rapidly as when they’re in their active period. It’s also far easier to prune when there are no leaves present during the colder months – especially when you’re tackling an overgrown garden jungle – as you can see just how you’re shaping the plant. When you are tackling trees remove any dead branches first. Then work your way down toward the ground, a leaf blower is really handy with the mess you’ll make. 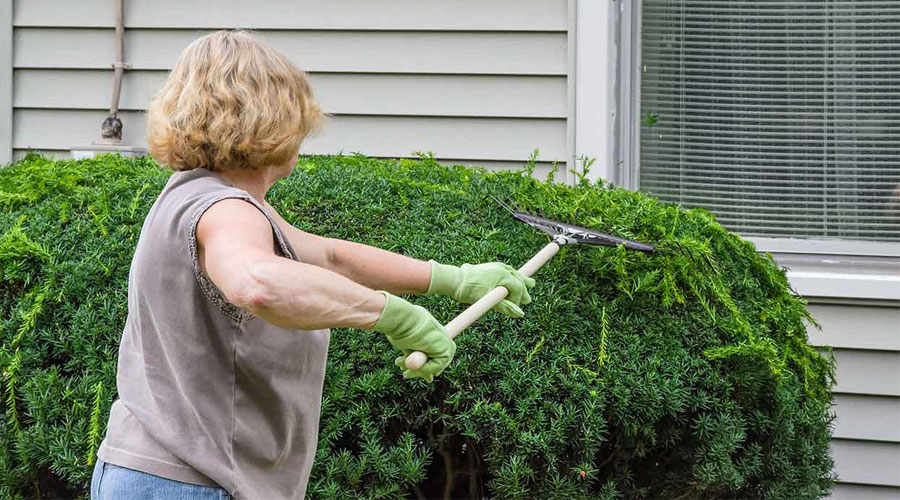 Once you’ve pruned and tidied up your garden( I expect the compost bin is overflowing) you need to decide what you want to keep. You could start from scratch (see the next step) or decide on whether or not the things you want to keep are going to remain in the same place. You can still create a new garden design, maybe even incorporate a deck, heres some good decking tool suggestions to get you going and maybe keep the same plants; you simply have to transplant them with care to other areas of the garden or pot them.

Remember that not every plant can be moved with success, and even those that can don’t always take to the new location. In this case it’s best to just plant a new plant and either keeping the old one where it is or discarding it.

If your garden is extremely overgrown and is looking more like a South American jungle then a place to relax with a glass of lemonade it’s best to rip it all out and simply start again, ideally try to get it done before winter kicks in and you have to look at it for 6 months, good timely preparation for the next spring and summer will make you feel much better about yourself. On that theme, take a look at these beautiful shrubs that flower in winter. An overgrown garden gives you the perfect opportunity to revamp your garden with a new design, changing the placement of flower beds or even moving your lawn here’s a handy guide on how to lay turf. While this is big work, and will obviously cost you money, it’s a real joy to start with a blank canvas and just work from there. It’s also a great opportunity to round up any potential freebie plants. As I said previously, you don’t have to rebuild your garden all at once; instead improve it in short bursts throughout the year. Any gardener knows you can’t do everything at once anyway, but if you’re blessed with a particularly large garden then you could always enlist help from family and friends.

How much you get stuck in is up to you, but before you even jump in make sure you have the right equipment for the job by checking out our shop.