I’m of the opinion that everyone should have lavender of some kind growing in their garden. They’re just so attractive, with their bright colourful flowers being able to elevate the ambience of any garden that they’re planted in.

Then there is that heavenly, aromatic, scent that has been used to make shampoos, soaps, and a ton of other products more pleasing to our noses. Lavender is not that hard to grow, as long as you know a few little tricks, and doesn’t need a whole lot of looking after either.

However, after reading this article, you will know exactly how to get the most out of your lavender plants, how to look after them, the different types, and the benefits of growing them.

You’ll also know what to avoid when it comes to looking after lavender, such as having the soil in the right conditions and the right spot in the garden for planting. Let’s begin.

You can’t talk of lavender without mentioning the scent that comes from those flowers. Research has shown that this aroma actually promotes relaxation, and lowers stress and anxiety, and this is why it is used in many aromatherapy oils and similar products. 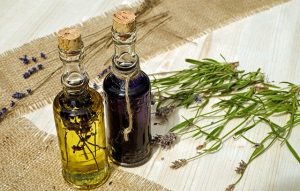 Some people use lavender oil as an antiseptic and to treat insect bites and stings, and it is said to provide relief and also help to heal some minor burns. Lavender also attracts pollinators such as bees and butterflies, and who doesn’t love seeing those bright, little, critters flying around their garden?

There are three main types of lavender; and these are English lavender, French lavender, and tender lavender. Each of these main types has several varieties too, but for simplicity’s sake, these are the three we will be highlighting here today. 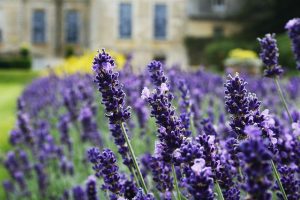 These lavenders are the hardiest, and therefore the best equipped type to survive and thrive in the UK’s climate, even being able to survive sub-zero temperatures. They grow to a maximum of 1.5 metres high, and can be left outside in winter, so long as the soil is free-draining. 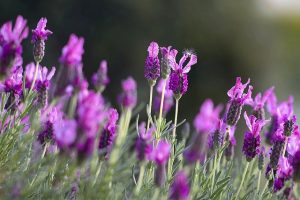 French lavender varieties need much more specific and less harsh conditions to grow in, such as a really warm and sunny position, and the right kind of soil. They will need to be stored in a greenhouse through winter in order to survive, although they can handle temperatures as low as -5 degrees Celsius.

These varieties are even less hardy than French lavender and will definitely not survive colder weather without the help of a greenhouse. However, some varieties are known as half-hardy and these are a bit more resilient.

How to look after lavender: Planting

Lavender needs to be planted in soil that has been prepared to specific conditions. It must have excellent drainage, neutral to slightly alkaline on the pH scale, and not too rich in nutrients.

Stony ground is great for growing lavender, as is chalky soil, but clay soil will need to be prepped with well-rotted manure and then mounded to ensure good drainage. 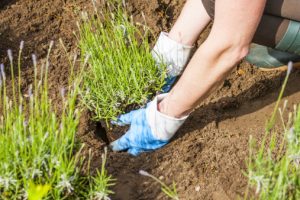 Lavender needs a very sunny spot in the garden to grow, but can resist strong winds, especially the English type.

The best time to plant lavender is mid-May, unless it’s a particularly long and cold winter in which case it is better to wait until late mate when the risk of frost has passed.

If planting lavender in a hedge, space them 30 to 40cm apart, individual plants need more room, about 1 metre between them, and if planting in troughs, they should be 30-40cm in diameter with big drainage holes.

The best way to plant lavender in the garden is to make a hole that is slightly larger than the root of the plant, add a bit of blood, fish, and bone fertiliser, and after working it into the ground, place the plant in the hole, add soil and then firm it into the ground.

How to look after lavender: Caring for lavender 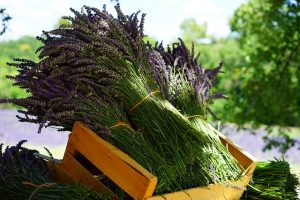 Watering lavender: when and how

If you’re planting English lavender, you won’t have to do much to take care of them, but you do need to water them little and regularly during the first summer, but be very careful not to overdo it.

After this initial period, you don’t even really have to water English lavender because of the combination of the wet British weather, and the plant’s resistance to drought.

Still, it’s best to keep an eye on your lavender, and if you notice the stems beginning to wilt, you need to start watering them.

On the other hand, if you’re growing in containers, you’ll need to water them regularly in the armer periods of the year, as the containers cause drainage to occur much more efficiently. Consider a water timer and an automatic watering system.

In winter, you want to avoid watering and if the containers are outside, you should find a sheltered spot so they don’t get too much rainfall.

Pruning your lavender: when and how

To prolong the life of your lavender, you should prune your plants, but not in the first year. In the second year, late summer, just after the plants have finished flowering, is the best time for this, and for the English varieties you should give it a neat, all over clipping, removing about 6 inches, and also any spent stalks.

Lavender rarely suffers from any pests or disease, at least none that are particularly harmful to the plant.

You might see some white blobs of froth between the stems from time to time, and this is what is commonly nicknamed as cuckoo spit. This is completely harmless, and doesn’t have to be removed but you can do so if you wish without hurting the lavender plants as long as you are careful.

As we’ve mentioned numerous times, good drainage is very important for lavender, and too much moisture, especially around the roots can cause problems such as root rot.

If you go with English lavender, you just need to make sure the soil is prepared properly and that it drains well, it’s sitting in a sunny spot, you don’t over-water them, and they should be just fine.

Make sure you prune them as we have described above and they should be nice and healthy and flowering for seasons to come.

With growing lavender in containers, the size of 30-40cm in diameter is important, as is having a good-sized drainage hole in the bottom. You will have to water containers growing lavender more in summer than if it’s growing in the garden soil, but again, don’t overdo it. And don’t forget that French and tender varieties will have to be brought into the greenhouse to survive the winter. You would do well to use a greenhouse heater.