Click at the star to rate this articleThis article has been given a 4.7 rating based on 6 ratings

Thankfully, the climate in the UK usually keeps our houses free of the super-sized insects that you often see abroad when you go on holiday. Having said that, the warmer, summer months do bring along increased creepy crawly activity with them, and while most of them are not dangerous in any way, they can be very annoying. Some of the most annoying are, of course, ants.

Invading your home by the thousands in search of food, ants can be an incredibly frustrating problem to deal with. They seem to come out of nowhere, and once they’re in, are difficult to get rid of completely, especially if they have nested in your walls or some other hard to reach or unseen spot.

But all hope is not lost. There are actually a few good ways to deal with these creatures and we will be covering them in this article. So, get ready to learn how to get rid of ants permanently.

Why do I have ants in my house?

It’s quite simple really. Ants are invading your home because one of their scouts came foraging for food in there and found what it was looking for. It then returned to the nest leaving a chemical trail for all the others to follow. 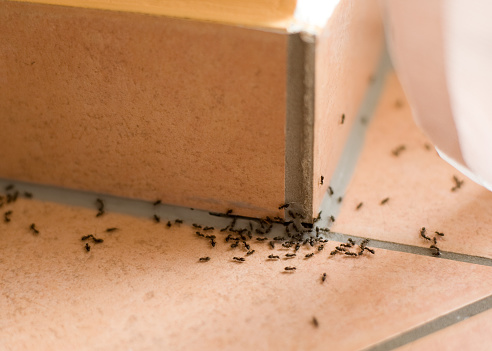 Now, you may be thinking ‘hang on a minute, I don’t leave food out for ants to come and get.’ But what you regard as food, and what the ants do are a little different. The smallest cookie crumb, grain of sugar, or a sticky droplet that fell off your child’s ice lolly, are all it takes to get an ant scout interested in your home.

Being extremely vigilant when it comes to clearing food waste up is one of the best ways to prevent ant problems. You might also want to empty your cupboards and give them a good cleaning out too.

If you have a dog or cat, their food bowl can be an enticing place for ants if left around on the floor, so in the warmer parts of the year, it’s a good idea to clean the bowl as soon as your pet is done with its dinner.

Where are the ants coming from?

If you follow the ant trail back and you see that the insects are coming in from outside, getting rid of the ants permanently might not be that difficult. All you would really have to do is seal off the cracks or other entry points that are using, or even spray them with an ant killer that is specially designed for cracks, or use crawling powder. You would still be better off finding the nest outside and dealing with it, but stopping them coming indoors would be fairly straightforward.

If the ants are nesting in your walls, you’re going to need a different approach.
Gardeners who grow crops should keep an eye out for ant nests as although the ants don;;t directly destroy crops, they do farm aphids like greenfly, and it is these smaller creatures that end up affecting your plants and vegetables. 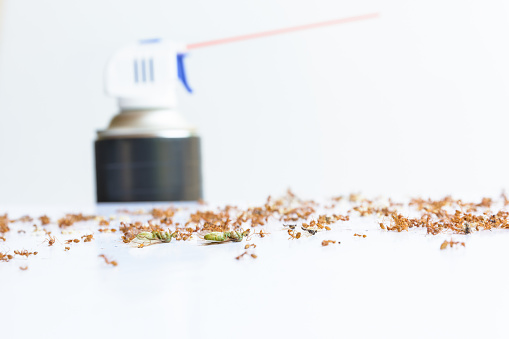 It might surprise you to know that many everyday natural products can be quite effective at deterring ants. Some of the most widely used are white vinegar, lemon juice, pepper, and chalk. Of these, I would recommend using white wine vinegar mixed with water. Mix equal parts and then use a spray gun to apply the mixture to any entry points you know the ants are using. If you want to kill the ants instead of deterring them, leave the water out of the mix and just spray pure white vinegar.

Believe it or not, simply mixing soap and water will give an effective tool for killing ants. What’s more, spraying them along their trail will actively destroy the pheromones and prevent more ants from coming along the same route.

How to get rid of ants permanently- take out the source

If you’re looking for the most effective way to get rid of ants for good, you should get yourself a pesticide that will be carried back to the nest by the worker ants, killing off the whole colony and preventing further infestations. These special pesticides are slow acting, so the ants don’t recognise the threat and they transport their own downfall back to the nest like a micro trojan horse. 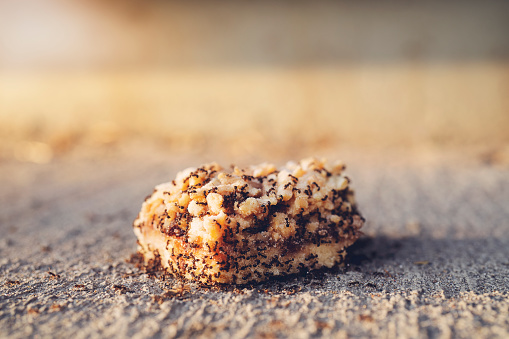 The best type of these ‘bait’ pesticides are the ones in gel form as they are usually sweeter and stickier, just what the ants like. If you find that the ants aren’t interested in the bait pesticide you bought and laid down for them, perhaps try another brand as what works with one colony of ants sometimes doesn’t work with others.

The best place to leave this gel is next to their trails, feeding spots, or near their entry points.  If you have small children, it might not be a great idea to leave poisons in gel form lying around, but you can buy child proof ant bait stations to prevent any accidental ingestion by your kids or pets.

The most common ant species found in UK houses is black ants. This is due to them being the hardest when it comes to dealing with the climate over here. Other species are sometimes found inside heated buildings though, such as the Pharaoh ant. These are smaller in size than black ants, and tend to make their nests in places that are hard to get at, making them more than a bit of a nuisance. Pharaoh ants are attracted to sweet food like back ants but they will also eat pretty much anything that they find.

It’s easy to distinguish pharaoh ants from black ants by their smaller size and colour, which can be light brown to a darker reddish brown.