Remember those old wives tales that your grandma would tell you? I’ve lost count of the times that I used to hear “you’ll catch a cold if you don’t dry your wet hair!” or “don’t go for a swim, you’ve just had something to eat and you’ll end up getting cramps!”. Both aren’t true, and there’s a whole host of other superstitions that remain passed around to this day, especially with regards to garden care. There’s little harm in following such advice of course, but there’s also no harm in going against it either, or understanding better.

When it comes to the garden these ‘myths’ seem to be even more apparent, so much so that I still know gardeners that won’t do certain things just because of a superstition or a myth that was once uttered by their mothers, not just that, but also of habit, like when the best times to water a garden are which is really relevant to this article. So, let’s take a look at these myths; starting with one that weirdly still manages to persist to this day.

The Myth: Focused sunshine that passes through water droplets will burn leaves.

The theory goes that the water droplets on the leaves act like tiny magnifying glasses. This focuses the sun’s rays passing through these magnifying glasses and on to the leaves, leaving scorch marks on the leaves in their wake. If this were the case surely pond plants and the likes wouldn’t stand a chance being wet all the time, now any creative gardeners with grand plans and beautiful landscaping ideas.

A quick Google search shows evidence that this was still being believed up until 2010, a view that was supported by scientists. It even goes as far to say that water droplets on leaves combined with strong sunshine could have been the cause of some forest fires. Extravagant claims aside, even the comments of the article shows that this topic was still very much debated as to whether or not it was true or not, but since then evidence has appeared that suggests it is merely an Old Wives Tale and isn’t as harmful as we’ve previously believed which is a relief for those into garden care. 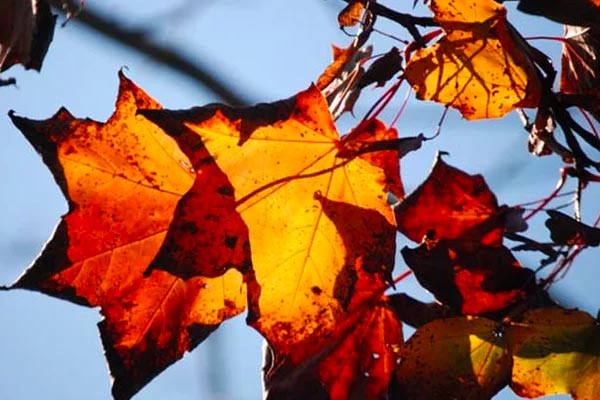 In fact, it was that same year that evidence appeared in the form of a study. A team of scientists from Eötvös University in Budapes realised that there wasn’t much evidence to support the widely-held belief and set out to see if it were true or not. The results of the study, published in the New Phytologist, were derived from a combination of computer and experimental studies to discover if certain environmental conditions would indeed cause leaf burn, or if it was all just a load of hokum. What they found pointed strongly towards the latter. I also strongly believe we use water to make our gardens more beautiful and when we use a watering cans on our leaves that it doesn’t hurt them.

It was discovered that water droplets on smooth hairless plant leaves would be unlikely to cause sunburn, mostly because they were too close to the leaf for any magnifying effect to work. However, on hairy leaves with small wax hairs, like the floating fern, the leaf could hold the water droplet for long enough to create the magnifying-glass effect and burn the leaf. Still, the likelihood of this ever causing a forest fire is extremely tiny. In fact, in both cases any water droplets would normally have long since evaporated before any chance of leaf burn happening.

So, what was causing the brown spots on leaves? The researchers said that these ‘burns’ were most likely down to unrelated types of leaf damage; including acid rain, sea water, chlorinated water and fertiliser. There is also the theory that plants could suffer some form of physiological stress of cold water is poured onto hot leaves.

Does this mean you can water plants on bright sunny days?

The long held belief that you shouldn’t still has some weight to it, despite the findings. For example, watering plants during the full heat of the day can be both a waste of water and effort. The water will evaporate quickly from the soil surface, therefore not giving the plants enough time to make use of it. However, the researchers did find that if sun burn were to occur on hairy leaves it wouldn’t be during the full height of the sun at midday. Instead their computer simulations showed that early morning or late afternoon when the sun is lower would bring a higher chance of sunburn. Maybe this is because the water wouldn’t evaporate as quickly as it would in the full heat? Amazing how our we are now using technology from the basic garden teachings we gave our children. 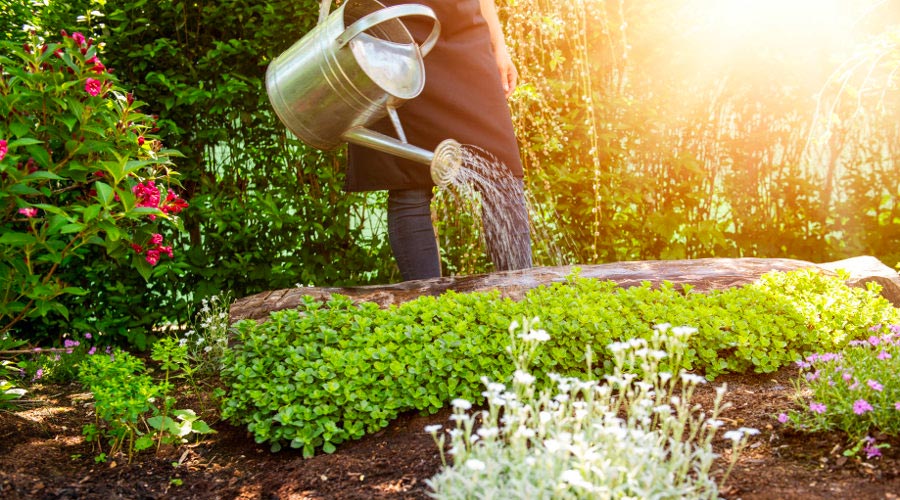 So is this myth busted? Mostly, but despite the findings you should probably still avoid watering your plants when the sun is out in full force. But that’s not because of sunburn danger, but because they may not get the full benefit from the watering.